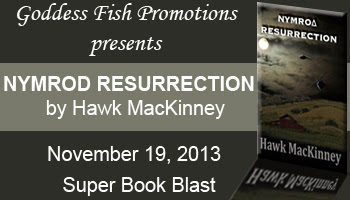 Today's post is a Super Book Blast for Nymrod Resurrection by Hawk MacKinney, a Mystery/Suspense available now from Wandering Sage Publishing. As a Book Blast, there is no interview or guest post, but I will post a blurb and excerpt, and a bit about the author. One randomly drawn commenter will win a $20 Amazon gift card, so please leave your e-mail address when you comment. I will also post links to the other blogs on the tour. 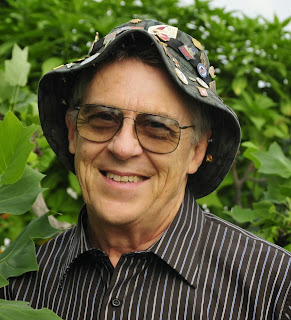 With postgraduate degrees and faculty appointments in several medical universities, Hawk MacKinney has taught graduate courses in both the United States and Jerusalem. In addition to professional articles and texts on chordate neuroembryology, Hawk has authored several works of fiction.

Hawk began writing mysteries for his school newspaper. His works of fiction, historical love stories, science fiction and mystery-thrillers are not genre-centered, but plot-character driven, and reflect his southwest upbringing in Arkansas, Texas and Oklahoma. Moccasin Trace, a historical novel nominated for the prestigious Michael Shaara Award for Excellence in Civil War Fiction and the Writers Notes Book Award, details the family bloodlines of his serial protagonist in the Craige Ingram Mystery Series… murder and mayhem with a touch of romance. Vault of Secrets, the first book in the Ingram series, was followed by Nymrod Resurrection, Blood and Gold, and The Lady of Corpsewood Manor. All have received national attention.  Hawk’s latest release in the Ingram series is due out this fall with another mystery-thriller work out in 2014. The Bleikovat Event, the first volume in The Cairns of Sainctuarie science fiction series, was released in 2012.

"Without question, Hawk is one of the most gifted and imaginative writers I have had the pleasure to represent. His reading fans have something special to look forward to in the Craige Ingram Mystery Series. Intrigue, murder, deception and conspiracy--these are the things that take Hawk's main character, Navy ex-SEAL/part-time private investigator Craige Ingram, from his South Carolina ancestral home of Moccasin Hollow to the dirty backrooms of the nation's capital and across Europe and the Middle East." 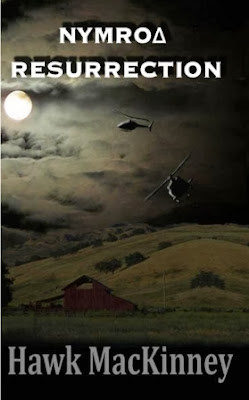 Investigating an unlikely murder, Ex-SEAL and part time PI Craige Ingram discovers an officially sanctioned assassination. His investigation quickly stirs beyond the dirty backrooms of the nation’s capital with more killings across Europe and the Middle East. The dead woman is somehow connected to stolen artifacts from a time before Babylon. As he probes apparently unconnected clues, he locks horns with an enigmatic enticing secret agent with her own agenda and her own way of doing things. Craige faces train wrecks and deadly assassins doing business with a rich mercenary selling biotoxins, rare stamps, deadly nerve gases, and smuggled nuclear material to the highest bidder. As Craige peels away at the shadowy Operation Nymrod, he finds an elusive power-hungry dead-set mind – a driven obsession with a frightful arsenal of bioweapons ready to fulfill ancient prophecies with a very personal Armageddon that makes the monstrous last day of the twin towers of the World Trade Center pale in possibilities.

On the second-floor landing I spotted familiar faces from the department's forensic team.  The smell was worse inside.  With that first look I didn't need to be told that the pulpy lump with swollen pumpkin dimples where eyes should have been was one very bloated dead body.  The corpse was well into being recycled.  It no longer looked human.  The body had been cooking in the sweltering oven of a Dixie mid-August scorching summer in this dreary one-flight walkup of apartments with no AC and painted-shut windows.  Near the peeling paint archway and a worse kitchenette beyond I spotted Gray huddled with just over five feet plus, roly-poly Coroner-Medical Examiner Fred Dinkins.

Gray indolently heaved a getting-paunchier fried chicken and beer belly and idly mumbled, "We’re not quite sure...." threw me that MacGerald we-got-trouble look.  "Right now all I know for sure is, it's no run-of-the-mill homicide."

There was more in his look than his words.  It was all over his face that things weren't going the way he liked.  I’d known that from the moment I disconnected from his call.  He wouldn't have made the call for a squabble between drifters over street drugs or a grocery cart of scrounged throwaway clothes.  When a corpse is concealed, long term or otherwise and left to rot, decomposition can alter forensic evidence until it tells other stories—but not usually ones you want to hear.  Dinkins had his work cut out for him and his crew.  It’s one way perps buy themselves time, and concealment usually means there’s considerable more that went down.  In my wildest night-stalks I could never’ve imagined how right-on-the-money that would prove to be.  Ignorance is bliss…our SEAL team learned real quick. It can also get you killed.

Without looking up Dinkins said, "One more pitiable devil that died alone.” Piercing blue eyes peered over his ever-present black wire-rim glasses perched unsteadily on the end of his nose.  In low-key measured words, "Prelim exam leads me to believe the corpse is female, but we'll wait till we get the body to the morgue, see what the autopsy and lab tests tell us.  I don’t want any second guessing the evidence. Besides, we’re about finished up here."

The dreary apartment was busier than it’d seen in decades with double shifts of the forensic techs bustling-sorting the whens and hows of death.  The cracker box kitchen adjoined a corner next-to-nothing squalid dinette area furnished with a dirty Masonite wobbly table barely big enough for two.  In the front room the melon-round, no-neck head squatted square on the bloated chest of the oozing corpse.  The whole misshapen inhuman mess had sagged into the soggy sofa.