Have Yourself a Kinky Little Christmas 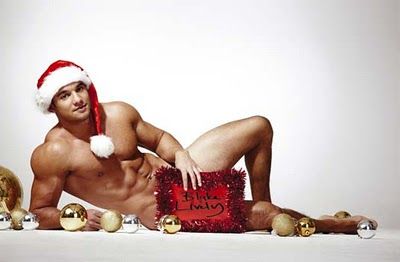 Have a Very Kinky Christmas


With the Holidays fast approaching (hey, it's Thanksgiving already), I thought I'd bring a reminder of the season with the Smutketeers Christmas Trio of books, The Kinky Christmas Carol books. These have become some of my favorite authors, and I just spent some quality kink time rereading these three gems. If you've never read them, now would be a great time to pick them up, as they are, for a limited time, combined in a boxed set, all three for the grand price of $0.99...yes that is ninety-nine cents...(and yes, I will post buy links for these at the end). Less than a dollar for three, count 'em, three great, hot sexy Christmas tales.Those who have read them, now would be a fun time to enjoy the kinky adventures of Holly, Tim and Marley, and their assorted partners in kink. 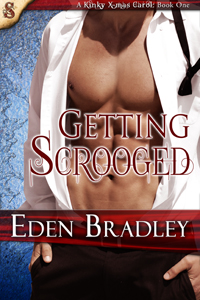 Ebenezer Hall is a ‘closer’. His job: negotiate a merger with a woman who is as notorious for being a hard-ass as he is for being a charmer no one can resist—and he’s not above mixing business with pleasure as long as it’ll get him what he wants.

The chemistry is sizzling hot, and things get even hotter when Ben’s friends and long-time lovers Justin and Kit arrive in Chicago. Three gorgeous men are even more exciting than one, and Holly’s body is sated in ways she’s never even dreamed of. But she can’t allow herself to be distracted for long—her priority is always business…and protecting her heart.

Can an infamous playboy and a hard-hearted corporate mogul ever admit to their heart’s desires? Or will it take a little holiday magic for them to realize that all they want for Christmas is each other?

Warning: Contains all ingredients for the perfect kinky holiday: Three men demonstrating blow-job techniques—on each other—because the author couldn’t resist. Neither can Holly. Neither will you. A little sensual power play, because Ben can’t resist. Neither can Holly. Or Justin. Or Kit. Put it all together with some Christmas magic and mix—vigorously. Served hot. Best enjoyed with a side of sex toys.


Holly has no time for romance-when she has the itch, she works it off with nameless one night stands, at least she does until she meets Ben. She refuses to let her heart get involved, but lots of over the top, no strings sex, with Ben and eventually his two friends/lovers is something she is on board with. As for Ben, he is footloose and free as a bird, and he likes it that way-so why is Holly stuck in his mind day and night? I love the dynamic here, with the woman clearly in charge and making the decisions, even those she is unsure of. I enjoyed watching as Holly's wall slowly crumbled, and Ben got more involved in trying to convince her they could be good together. There isn't much these four don't try, but when Holly misunderstands, she could lose everything, including her heart. A must read holiday book.

Book 2 in the Smutketeers three-novella series A Kinky Christmas Carol! 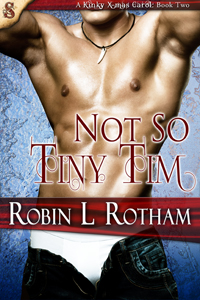 Not So Tiny Tim

Avoiding the future…
Video game mogul, philanthropist and heir to the Knight empire, Tim Crichton has three F-zones—the friend zone, the family zone, and the, er… fun-buddy zone. No crossover is allowed because it might create a fourth—the forever zone—and Tim knows forever just isn’t in the cards for him.

Miranda Girard has always known she and Tim were meant to be together, but when she got tired of waiting and made a move, he rejected her. Now it’s time for their Christmas reunion dinner and she’s damn well going to put on a happy face and attend—after she stops at the bar for a little liquid courage.

Peter Vaughn can’t wait for his new house to be finished so he can move out of Tim’s apartment—living with a man he wants and can’t have gets old quick. But work on the house has ground to a halt and he’s stuck there until after the new year.

It all seems hopeless until a jolly old doorman nudges Peter and Miranda together, and a little Christmas magic quickly escalates to a scorching holiday encounter that will either rescue Tim from a lonely future…or cost him the two most important people in his life.


Tim Crichton has kept himself secluded from life, fearing that he will end up hurting those he cares most for. He has made no secret of the fact that he is bisexual, but refuses to let himself love anyone. His past, with two bouts of cancer, convinced him he doesn't have the right to be happy and in love, because he can't face hurting those most important to him; the man he loves, Peter Vaughn, and the woman he has always loved, Miranda Girard. When Miranda and Peter hook up, Tim thinks it is for the best, but then why is he so miserable about it? The two people he loves most now have a chance to be happy, just not with him. When he walks in on them, Peter convinces him to give Miranda a night she will remember-with both of them.
I really enjoyed watching as Peter took over, and controlled the passion and emotions that Tim had held inside for so long, and seeing these three together was a delight. I was worried for a bit that Tim would never wake up to the passion he was missing, but watching as these three finally found true love was worth the wait. 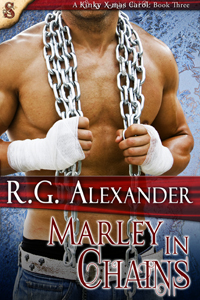 Running from the past…
Marley Knight-Williams has avoided the ghosts of her past for seventeen years. Now, after one thoughtless decision and too many margaritas, they’ve found her. Her memories, her heartache…and her men. Just in time for the holidays.

Boxer and gym owner Michael O’Shea is at the end of his rope. When his best friend Carlos comes home from serving his country, he’s a changed man—broken and wounded, inside and out. Michael knows there is only one person who can bring him back, one person who can make this a Christmas they will all remember. And he’ll do whatever it takes to bring her around.
Even if he has to break out the chains.

Time has changed them all, but it’s only banked the embers of their passion, and when the flames flare to life, they burn hotter than ever. Will the heat be enough to sear away the obstacles that stand between them? Or will it drive them apart before they can finish what they started all those years ago?

Warning: These characters shocked the author...Just sayin’…Menage and explicit sex. Schoolboy fantasies given a kinky adult twist. Voyeurism and exhibitionism. Spin the bottle, spanking, dirty sexting, and chains. Pervertable use of a poor innocent cane. Romance and magic and holiday love. With special guest appearances by Bob, Other Bob and Better Bob.

After a disastrous experience with the two men she loved most in the world, Marley Knight-Williams ran, rather than face the truth-that she wanted an unconventional life with both men. Seventeen years later, Michael O'Shea, one of her ghosts from that long ago time, finds her to ask a favor. The other in their would be triad has come home at last, from serving his country. But Carlos is broken inside, and Michael is convinced only Marley can fix him. Marley isn't sure she can even fix herself, but agrees to Carlos' terms with some trepidation.
I enjoyed watching as Marley began to realize that she needed these two men, that just one wouldn't do. When Michael thinks she loves only Carlos, he is willing to step aside, and I love that about him; his unselfish loyalty to a friend, his willingness to forfeit a chance at happiness with Marley to save his friend. I liked watching these three as they discovered they could have it all.

Buy Link for the Boxed set...Getting Scrooged, Not So Tiny Time and Marley In Chains

These three books should be read every single Christmas, to warm your heart (and other body parts as well). Whether you read them at Christmas, or in the summer for Christmas in June or July, these are books to keep on the 'read it over and over' shelf, as they never lose their hot and kinky charm.  My rating is for all three books, as they are all worthy of it.