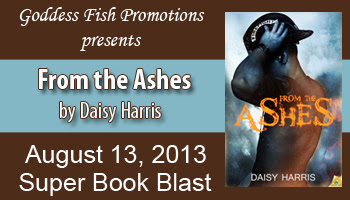 Today's Super Book Blast is for one of my favorite authors, Daisy Harris. I just love her books, and can't wait to get my hands on a copy of this one. From the Ashes is a Contemporary M/M Romance from Samhain Publishing, out today. As with all book blasts, there will be no interview or blog post, but I will post the blurb, and excerpt and a brief author bio, and will also post links to the other participating blogs. Daisy will be awarding a $20 Starbucks GC to one randomly chosen commenter during the tour, so please be sure you leave your e-mail address when you comment. 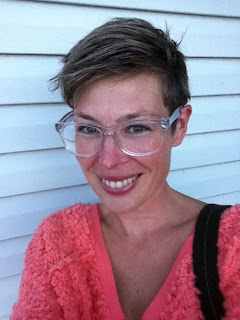 She writes about fantastical creatures and about young men getting their freak on, and she's never missed an episode of The Walking Dead.

Want to learn more about new releases, general news and my latest inappropriate boy band crush? Sign up for my newsletter here: http://eepurl.com/b96xX

My filthy Tumblr feed can be found at: http://www.tumblr.com/blog/holsumcollege 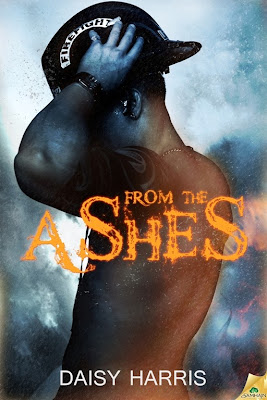 Blurb for From the Ashes

When an accident burns down Jesse’s apartment, he’s left broke and homeless, with a giant dog and a college schedule he can’t afford to maintain. And no family who’s willing to take him in.

Lucky for him, a sexy fireman offers him a place to stay. The drawback? The fireman’s big Latino family lives next door, and they don’t know their son is gay.

Tomas’s parents made their way in America with hard work and by accepting help when it was offered, so he won’t let Jesse drop out of school just so he can afford a place to live. Besides, Jesse’s the perfect roommate—funny, sweet and breathtakingly cute. He climbs into Tomas’s bed and tugs at his heart. Until Jesse starts pushing for more.

Their passion enflames their bodies but threatens to crush Tomas’s family. Tomas is willing to fight for Jesse, but after losing everything, Jesse isn’t sure he can bear to risk his one remaining possession—his heart.

Excerpt for From the Ashes

The gay guys Tomas hooked up with never seemed to find what he did to them demeaning, but he’d been raised to believe it was.

That was fine when it came to hookups at strange bars in the city, but the kid curled up on his couch watching television wasn’t like those guys. He was sweet and had had a tough time. He didn’t deserve to be treated the way Tomas treated men, even if Jesse thought that’s what he wanted.

By the time he pushed open the door from his bedroom into the living room, Jesse had twisted into the fetal position on the couch, and fallen asleep.

“Jess?” Tomas touched his arm, trying to shake him awake. He needed to get Jesse off the couch long enough to unfold it into a bed.

“Hmm?” Jesse flopped onto his other side, almost falling off in the process.

Tomas shook his head. “All right.” He went to the other side of the loveseat and worked his arms under Jesse’s knees and shoulders. “Up you go.” He lifted.

Waking up, Jesse wrapped his arms around Tomas’s neck.

He smelled like soap from Tomas’s shower, overlaid on the scent of ashes. Jesse pressed a kiss into his shoulder.

“You can take my bed tonight,” Tomas whispered. He tried to ignore the throbbing in his belly and the urge to set Jesse down and lie on top of him.

When he laid Jesse on the bed, Jesse didn’t let go. “I could be rocking your world right now,” Jesse breathed in his ear.

Soundlessly, Tomas gasped. He couldn’t leave the circle of Jesse’s arms. Jesse was stronger than he realized, and in that moment, Tomas was far too weak.

Oh, wow, this sounds totally delicious. Got to get this one, and soon!