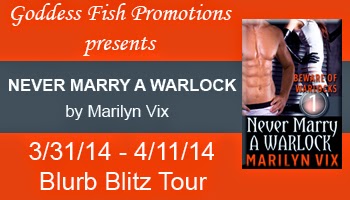 Today's post is a Blurb Blitz stop for Never Marry a Warlock, a Paranormal Romance novelette by Marilyn Vix, available now.  As a Blurb Blitz, there will be no guest post or interview, but I do have a blurb, excerpt and a brief author bio for you. I will also post the list of participating blogs so you can visit them for more chances to win. Marilyn will be awarding a $25 Amazon GC to a randomly drawn commenter during the tour, so please leave your email address when you comment.

Marilyn is a debut paranormal romance novelist. She enjoys the characters that just don't fit in. From witches to time traveling researchers, she is letting her imagination soar to explore new worlds. Marilyn has traveled to Paris, London, Sydney, and Munich. She loves to include these in her settings. Best of all is letting her readers enjoy her adventures through the perspective of a character. She currently lives in Northern California with her husband and cat. The cat, of course, is the center of attention. 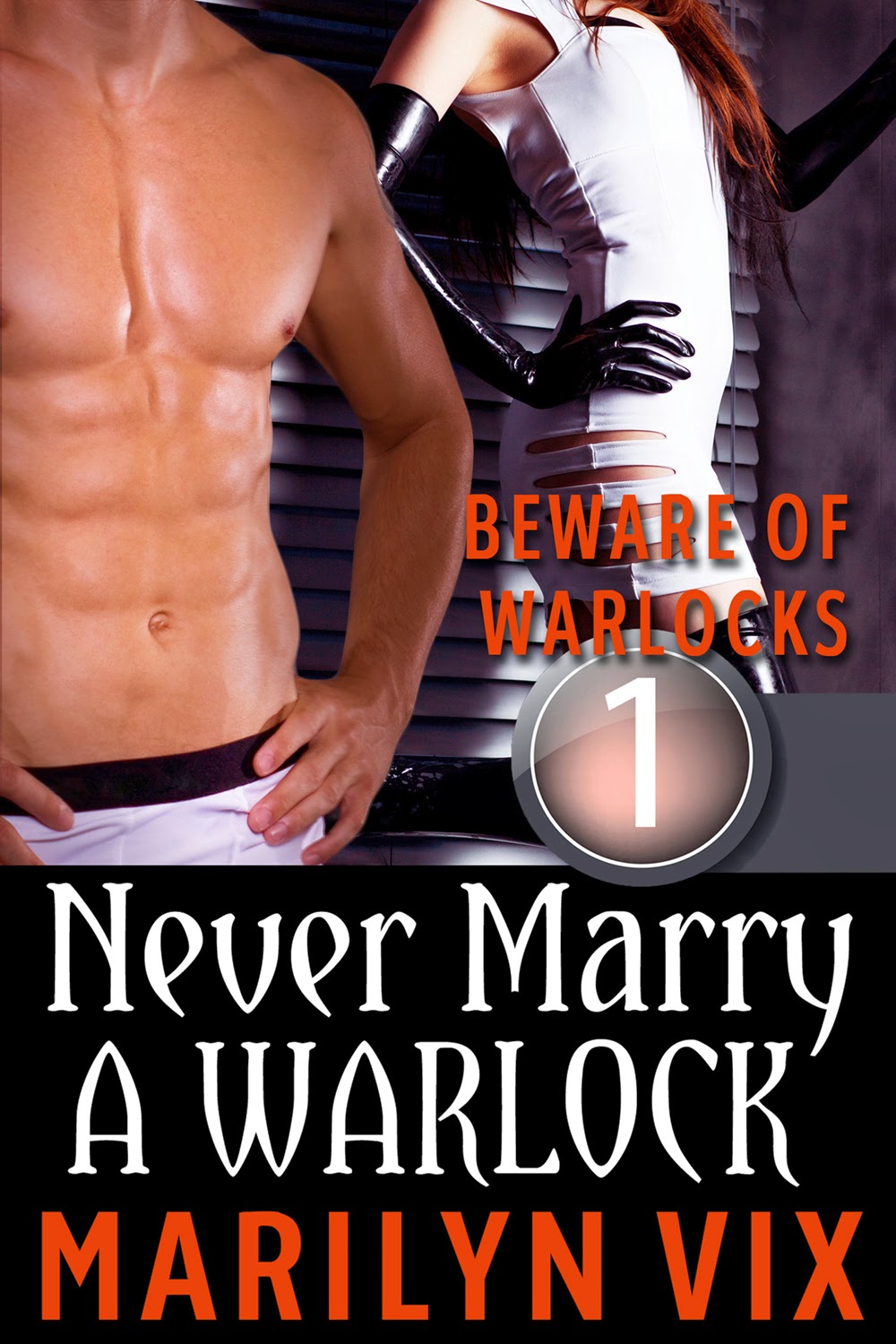 Blurb for Never Marry a Warlock

Catherine walks in on her husband in bed with her best friend. What is a woman to do? It helps that she is a witch. Unfortunately, so is her husband. Before you can say spell battle, Catherine hightails it up the coast of California to clear her head. Lucky for her, she finds an Aussie hitchhiker. She's going to have to face her husband in the awaiting spell battle. Can she have a little fun with her new found boy toy, or will he get scorched in the foreplay?

Excerpt from Never Marry a Warlock

My husband’s arms were wrapped around her naked body. The blankets were strewn and interwoven between their legs. He was spooning her with his biceps draped over her. I stood in the doorway taking in the scene of my husband and my best friend. It was the end of the world, at least for me. But I wasn’t going to take it lying down. I should have known better than to have married a warlock.

I hit him with a force spell that knocked him up against the headboard. He fell back down and braced his hands out to catch his fall. Cassandra scrambled out of the bed, dragging the silk comforter with her. Bitch. She better get out of my way. She was next.

Rich was naked as he sat up to look at me. Normally, the abs-flash trick would work. But not now. I was too pissed off. I knew what spells he used to look like that. It was easy to fool a mortal and ex-best friend on the floor. But not me. Thing is, we were too evenly matched. I think that was the problem.

Now this one sounds like all kinds of fun!