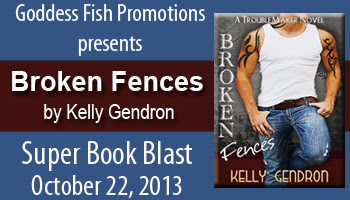 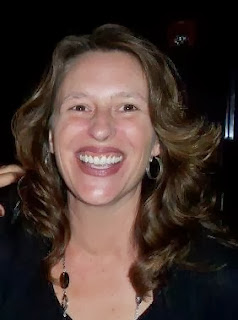 Kelly resides in a quiet suburb somewhere between Buffalo and Niagara Falls, NY. Her day job? Kelly works in health care representing a group of nursing facilities in the WNY area. She’s been faithfully writing for three years but did write her first book ten years ago. She put it down to raise her son as a single mom and then picked it back up when she and her son finally grew up. That's when she settled into her newly married adult life and started to seriously write again. She's dabbled with Romantic Suspense stories, but recently she's been on an Adult Contemporary Romance kick. 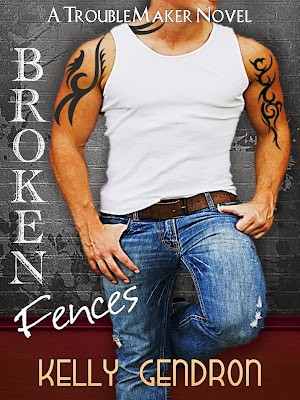 It took Dusty Owens two years to land Colden “Saint” James, even if it was for only one night, but the very next day, he was gone. Now, years later, the “Saint” has returned, but he’s no longer the do-gooder rookie cop Dusty remembers.

Dusty Owens always had a way of making every single one of Colden’s man parts go all hard. He’d been so close to falling for the girl before he’d left Odessa. Now, due to a troublemaking photo, Colden must return to his hometown to keep her safe. Trouble is, he’s a different man—not to mention the change. Well, it’s gonna cause all kinds of problems where Dusty Owens and all of his man parts are concerned.

“Just admit it. You want me.” A crooked grin tugged on his lip.

Dusty glared at him from the corner of her eye. “Okay.” She gripped the railing and swayed back. “Yes, once I wanted you—once. But like I said, let’s not dwell on the past. I’m so over you, St. James.”

The smug son-of-a-bitch’s smile broadened. He shook his head. “I’m so not convinced, Dusty girl,” he said with sparkling, playful eyes.

“Stop calling me that!”

“What?” He arched a badly behaving eyebrow. “Girl?”

“Oh, I get it,” he rudely interrupted. “Too generic? How ‘bout I call you, uh…my pretty girl? Would you like that?”

In false protest, her nose and forehead scrunched. But she could already see it. The minute that little fawning left his sexy mouth, she’d drop to her knees, ready to give the man whatever he wanted.

He grimaced. “Don’t like that either?” His eyes hooded. “I know what kind of girl you are.”

She snorted. This oughtta be good. “Yeah? And what kind of girl am I?”

“No!” Oh God, yes! Who wouldn’t want to be his bad… anything? The new and improved St. James was hot, and her knees were already begging to hit the floor for him. Shake it off, bad girl. Just, shake it the hell off!

“Come over here.” An arm wrapped around her waist. “C’mon.” He dragged out the words as he dragged her up to his side. “It’s all good. You can be my bad girl anytime, Dusty Owens.”

When he bent his head down, warning bells went off in her addled brain. Sissy and Jimmy could see them from where they were standing. She veered back, her hand pressing into his shoulder, “Colden!”

“Don’t be so skittish.” His lips turned up, and his grip tightened. “Where’s that brazen girl? Where’s the girl who showed up at Rusty’s Tavern with Britt Weber, the player of all plays?”
Her eyes widened. Is he really going to bring up that night?

“And after a slow, naughty bull ride performance in a very slinky white dress, I might add, that bad girl dirty danced with the scumbag.”

He even remembers my dress? God.

“Where’s that brazen girl who took a huge risk, hoping I’d come to her rescue and save her from the sleazebag?”

The night flooded into her brain, Colden pulling her out of Britt Weber’s truck. Him punching Britt, who was twelve years her senior, right in the face, and Colden chasing after her and catching up with her at old man McAllister’s fence. Crazy for him, her attempt at making Colden jealous had worked. She’d tried to keep him hot by picking a fight, but Colden hadn’t taken the bait. Without saying a word, he’d just walked up to her and kissed her hard, a kiss he didn’t break until they broke McAllister’s fence—until she’d surrendered her virtue and her heart to him.

“So? Where’s that bad girl now?” he provoked.

Dusty shook her head and told him the truth. “She grew up.” She knew it was immature to try to make Colden jealous back then. He wasn’t a kid. He was a man, and he had shown her that night just what kind of man he was, the kind she wanted to spend the rest of her life with.

“Nah.” Sturdy fingers pressed into her hipbone. “I think she’s still in there. She just needs some coaxing to come out and play.” He leaned in and huskily taunted, “Come out, come out, wherever you are! Be my bad girl and admit you wanna play.”

“In your dreams, St. James. Why don’t you get over yourself? I’ve already told you that I don’t feel anything for you—not anymore,” she lied, trying to save herself.

“I don’t believe you.” His eyes wickedly twinkled with the statement.

“I don’t really care what you believe.”

“Take your panties off.”

As angry as he was making her, her body had to respond to the command, and every muscle froze. “What?”

“If they’re bone dry,” he said, tilting to the left and dropping his voice, “I’ll believe you.”

“Colden, look where we are, for God’s sake. You’re crazy if you think I’m gonna¬—”

He tilted slightly closer, his eyes dark and daring. “Take them off.”

“I-I can’t,” she mumbled, hypnotized by his captivating, intent look and even more stunned by the crazy demand.

“Why?” The corner of his mouth lifted. “Oh, right.” His smile grew bigger. “Don’t worry. I don’t mind getting my hand a little wet.”

What? Absolutely incorrigible! “You’re an ass.”

“Besides the obvious, it’s a rude a request.” She smirked at him. Yeah, that’s right, buddy. Two can play at this game. “I can’t give them to you because…” She inched closer to his tempting mouth. “I’m not wearing any.” Unable to ignore the pleasure she got from seeing the astonishment light up his eyes, her smile grew too.

“Damn, girl.” He exhaled, letting out a very noticeable whistle. His hand slid slowly down her hip, as if to confirm her claim, then roamed to her backside. “Do you know what a statement like that can do to a guy?”

Well, this one sounds...hot and intriguing, and I can't wait to pick up a copy for myself.