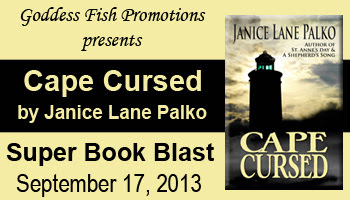 Today is my stop on the Super Book Blast for Cape Cursed, a Romantic Suspense book by Janice Lane Palko, and it is currently available where books are sold. As a book blast, there is no interview or guest post, but I will post the blurb, an excerpt and a bit about the author. I will also post links to the participating blogs on the tour to give more chances to win a $25 GC to the OBXstore, awarded to one randomly chosen commenter. Please be sure to leave your e-mail address when you comment, and thank you for stopping by. 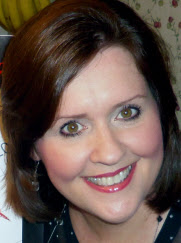 In addition to Cape Cursed, Janice Lane Palko is the author of the romantic comedy St. Anne’s Day and the Christmas novel, A Shepherd’s Song.  She has been a professional writer for nearly 20 years.  During her career, she has written everything from greeting cards to web content and has taught several classes at the local community college including Building English Skills to Creative and Memoir writing.

She is currently on the staff of the website Popular Pittsburgh and has been the executive editor of Northern Connection and Pittsburgh 55+ magazines, where she also contributed to the editorial content, writing her own column and numerous features. Palko has also been a columnist with the North Hills News Record.

A graduate of Union Institute & University with a B.A. in Writing & Literature, Palko has won several awards for her writing including the prestigious Amy Foundation Award of Merit. Her writings have also garnered accolades at the The Kent State Writer's Conference, and she has been selected as Writer of the Month by Oatmeal Studio greeting cards.

She is at work on her next novel, another romantic suspense entitled Most Highly Favored Daughter.

Keep in touch by following or contacting her at:

You may purchase her novels at: 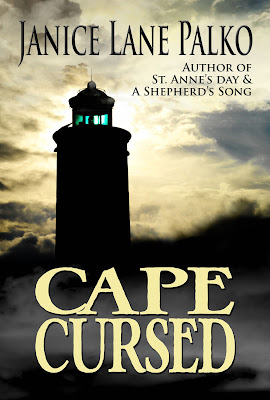 Bliss Sherman doesn’t believe in curses—that is until she arrives at Cape Destiny, North Carolina.  Bliss comes to the cape determined to make a name for herself and her new firm by accomplishing an incredible engineering feat—moving the Cape Destiny Lighthouse inland before it's swallowed by the Atlantic Ocean.

Bliss, who has struggled with dyslexia, discrimination, and betrayal by her ex-husband and former business partner, Jonathan, faces her greatest challenge when she falls in love with the handsome, mysterious descendant of the lighthouse keepers, Parker Swain, who is vehemently opposed to the lighthouse’s move.

When someone targets Bliss, she begins to wonder if the curse that is rumored to be attached to the lighthouse may be true.  Who is sabotaging her dream?  Who is trying to harm her?  Who wants to kill her?  When all clues point to Parker, she dismisses her suspicions, deciding to trust him and her heart.  But as the evidence mounts against Parker, she begins to doubt not only herself and her heart, but also Parker.

A romantic suspense with all the seaside moody romance of du Maurier’s Rebecca and the spine-tingling thrills that keep you turning the pages, Cape Cursed casts a spell of sensous deception and seductive danger.  A Category 5 of a romantic suspense novel,Cape Cursed, barrels in packing a surge of suspense that knocks you off your feet and a blistering romance that sweeps you up and carries you away.

“Destroyer of your lighthouse?” Bliss cried, shocked that Parker had shifted from Southern gentleman to bully so quickly.  “What are you talking about?”

“I’m talking about your jeopardizing a national treasure.”

Bliss was well aware that some of the residents were opposed to the move, but she didn’t expect to be blamed.  “Look, I came down here to save it,” Bliss said, trying not to further raise his ire.  She wanted this move to go smoothly.  Her career was riding on it, and she didn’t need any more enemies.  Jonathan Lavere was enough.

“What do you know about my lighthouse?” Parker asked, puffing out his chest.

“I know that if it’s not moved, it’ll soon be swallowed up by the sea.”

She tossed her hair back.  “Have you checked the beach?  There’s only fifteen feet separating it from the Atlantic.”

He sniffed.  “Checked the beach?  I don’t need to check the beach.  I’ve lived here all my life, and I don’t believe it’s worth risking my lighthouse just because some pinhead in the capitol thinks it should be moved.”

“Well, I’ve seen the studies, and I’m telling you, Mr. Swain, one more hurricane and your beloved lighthouse could be washed out to sea.”

Parker swept his hand toward the direction of the beach.  “I know this place.  No one can predict that ocean.  With the next storm, it could very well add ten feet of new sand to the shoreline.”

Parker’s soft brown eyes hardened as he glared at Bliss.  “I believe in the unlikely.  I know the impossible happens.”