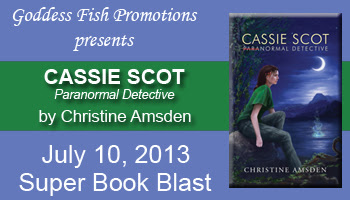 Today is the Super Book Blast for Cassie Scot Paranormal Detective, an Urban Fantasy book by Christine Amsden from Twilight Times Books. As a Book Blast, there is no interview or blog post, but I am posting the blurb, an excerpt and a bit about the author. Christine will be awarding a $10 Amazon gift card to a randomly drawn commenter during the tour. I will also post links to the participating blogs, to increase chances of winning. Please leave your e-mail address when you comment. 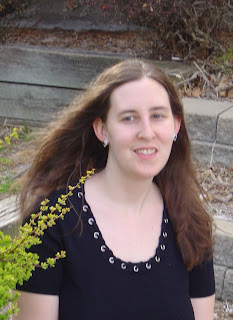 Award-winning author Christine Amsden has written stories since she was eight, always with a touch of the strange or unusual. She became a “serious” writer in 2003, after attending a boot camp with Orson Scott Card. She finished Touch of Fate shortly afterward, then penned The Immortality Virus, which won two awards. Expect many more titles by this up-and-coming author. 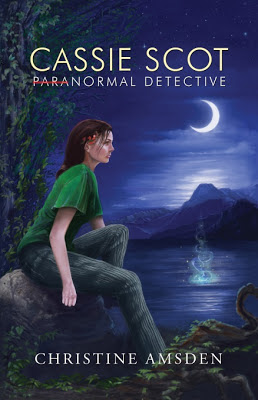 Cassie Scot is the ungifted daughter of powerful sorcerers, born between worlds but belonging to neither. At 21, all she wants is to find a place for herself, but earning a living as a private investigator in the shadow of her family’s reputation isn’t easy. When she is pulled into a paranormal investigation, and tempted by a powerful and handsome sorcerer, she will have to decide where she truly belongs.

At random, I picked up a bottle of perfume from the top shelf and read: “Induces powerful lust. Spray on your intended and make sure you are the first person they see. Lasts about an hour.”
The thing you have to understand about any magic is that there are good ways to use it, and bad ways to use it. The concept of black magic is a hotly debated topic among sorcerers. Even death, in self defense, is a shade of gray. As I stood there, reading the functions of the various love potions, I thought of all the innocent and harmful ways they could be used. A couple in a committed relationship might have a lot of fun with a spray of lust. On the other hand, using it on an unwilling victim...
I shuddered as I replaced the bottle and accidentally knocked one of the neighboring bottles of perfume to the ground. It shattered, splashing perfume all over my open-toed sandals.
“Crap.”
“What happened?” Evan asked, his voice hard and alert. I could hear him moving closer.
“Stop! I don't want to see you right now.”
“Which potion was that?” Evan asked, still in that hard-edged voice of command.
I pointed to the row of similar bottles on the top shelf. “Lust.”
One of the little bottles floated away from the shelf, but I did not turn around to see what Evan was doing with it. Instead, I started looking through my purse for a pack of tissues to clean the mess off my feet.
“Cassie, I have some bad news for you.”
“Worse, you mean?”
“This potion doesn't take affect until you actually look at someone. Your hour starts then.”

Oh, my, what a predicament Cassie seems to have gotten herself into...I have got to get this one and see what happens next!!!