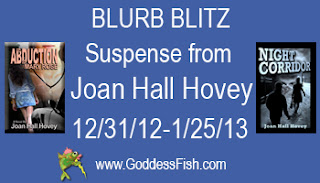 Today I bring you two suspense books from Joan Hall Hovey, The Abduction of Mary Rose and Night Corridor, from BooksWeLoveLtd. This is a Blurb Blitz and will include the blurbs from both books, but I will only be posting one excerpt with this tour. Joan will be awarding a piece of Micmac jewelry - a pair of silver dream catcher earrings (one of her heroines discovers she has Micmac ancestry) to one random commenter on the tour (US only). Please be sure to leave your e-mail address when you post. 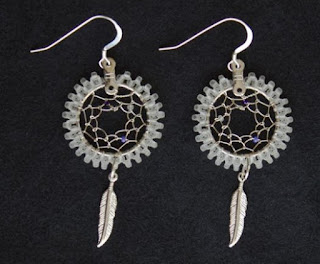 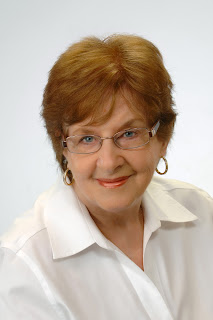 Ms. Hovey has held workshops and given talks at various schools and libraries in her area, including New Brunswick Community College, and taught a course in creative writing at the University of New Brunswick. For a number of years, she has been a tutor with Winghill School, a distance education school in Ottawa for aspiring writers.

She is a member of the Writer's Federation of New Brunswick, past regional Vice-President of Crime Writers of Canada, Mystery Writers of America and Sisters in Crime. 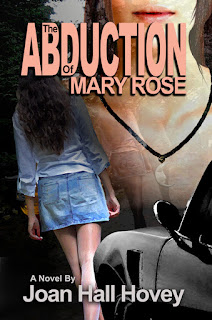 Blurb from The Abduction of Mary Rose:

A suspense novel interwoven with threads of romance and paranormal.

Imagine discovering everything you believe about yourself to be a lie. And that the truth could stir a killer from his lair.

Following the death of the woman she believed to be her mother, 28-year-old Naomi Waters learns from a malicious aunt that she is not only adopted, but the product of a brutal rape that left her birth mother, Mary Rose Francis, a teenager of Micmac ancestry, in a coma for 8 months.

Dealing with a sense of betrayal and loss, but with new purpose in her life, Naomi vows to track down Mary Rose's attackers and bring them to justice. She places her story in the local paper, asking for information from residents who might remember something of the case that has been cold for nearly three decades.

She is about to lose hope that her efforts will bear fruit, when she gets an anonymous phone call. Naomi has attracted the attention of one who remembers the case well.

But someone else has also read the article in the paper. The man whose DNA she carries.

And he has Naomi in his sights.

"…Ms. Hovey's talent in creating characters is so real, you feel their emotions and their fears. You want to yell at them to warn of the danger . . . and you do! Your shouts fall on deaf ears . . . and you cry! The best suspense writer I've ever read!

Beth Anderson, Author of Raven Talks back
"...Alfred Hitchcock and Stephen King come to mind, but JOAN HALL HOVEY is in a Class by herself!…"

"…CANADIAN MISTRESS OF SUSPENSE…The author has a remarkable ability to turn up the heat on the suspense… great characterizations and dialogue…" James Anderson, author of Deadline 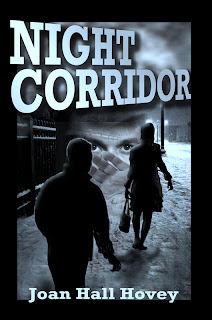 At 17, Caroline Hill was torn from the boy she loved by her tyranical father. Then they took her child. Finally, her grasp on reality.

Now, after nine years in Bayshore mental institution, once called The Lunatic Asylum, Caroline is being released.

There will be no one to meet her. Her parents who brought her here are dead.

They have found her a room in a rooming house, a job washing dishes in a restaurant. She will do fine, they said. But no one told her that women in St. Simeon are already dying at the hands of a vicious predator. One, an actress who lived previously in her building.

And now, as Caroline struggles to survive on the outside, she realizes someone is stalking her.

But who will believe her? She's a crazy woman after all.

Then, one cold winter's night on her way home from her job, a man follows and is about to assault her when a stranger intercedes.

A stranger who hides his face and whispers her name.

"…another winner. I highly recommend it to any lover of suspense, mystery, romance, or thriller. You’ll not only race through this book, but clamor for more works by this talented and polished author. Aaron Paul Lazar, author of Healey's Cave

"...The mystery and suspense in this novel is outstanding, truly top notch, in the vein of Mary Higgins Clark, but—dare I say—even better? - In the Library

"…intricately plotted and the ending will surprise even the most devoted mystery and susense reader. Gripping suspense. – Sandy Heptinstall - Whispering Winds Reviews

He noticed her as soon as he walked into the bar. She was sitting with another girl, a blond; pretty, he supposed, but his attention was riveted on the dark-haired one. He ordered a beer and took a table in the far corner where he had a good view, while he himself was safe from watchful eyes. She had satiny hair to her shoulders, high cheekbones, was slender in a silk print top, black slacks, like a woman on the cover of a magazine. She was laughing at something the blond said, flashing perfect white teeth and his heart tripped. She's the one, the voice told him. Excitement surged through him as he recast her in the movie that for years now, replayed endlessly on the screen of his mind.

When the two women rose to leave, he left his unfinished beer on the table and casually, so as not to draw attention to himself, followed them outside. She had put on a jacket and it shone bright white in the lights from the parking lot.

After chatting briefly, the two girls gave each other a quick hug, then parted and went to their respective cars, parked a good distance from one another. There was a rightness to it. They might just as easily have come in one car, or parked closer to one another. But they did not. The stars were finally lining up in his favor.

He came up behind her as she was fitting the key in the lock of the red Corvair. "I'm Buddy," he said softly, so as not to frighten her. Despite his best intention, she whirled around, eyes wide. "Jesus, you scared the shit out of me. What do you want?"

He felt the smile on his face falter. A mask, crumbling. "I just want to talk to you."

With those words, her beauty vanished, as if he'd imagined it. Her mouth was twisted and ugly. Disappointment weighed heavy on him. Anger boiled up from his depths.

"That was wrong of you to say that to me," he said, still speaking quietly.

Belying the softness of his voice, she saw something in his eyes then and he saw that she did, and when she opened her mouth to scream, he stuck her full in the face with his fist.

She slid down the side of the car as if boneless. He caught her before she hit the ground, then dragged her around to the other side of the car, blocking her with his own body in case someone saw them. Not that he was too concerned. If anyone did see them they would just figure she was his girlfriend and that she'd had one too many. But there was no one in the lot. Even her friend had already driven off.

He lowered her limp form to the ground while he hurried round to the driver's side and got the key out of the door. He put on his gloves, and opened the passenger door. After propping her up in the seat, he went back around and slid into the driver's side. Then he turned on the ignition and the car hummed to life.

Shifting the car into reverse, he backed out of the parking spot. He gave the wheel a hard turn and she fell against him, her hair brushing his face and filling his senses with her shampoo, something with a hint of raspberry. He pushed her off him and her head thunked against the passenger window. A soft moan escaped her, but she didn't wake.

He drove several miles out of the city, then turned left onto a rutted dirt road and stayed on it for a good ten minutes. Spotting a clearing leading into the woods, an old logging road no longer used, he eased the car in, bumping over dips and tangled roots. He went in just far enough not to be seen from the road on the off-chance someone drove by, but also taking care he wouldn't get stuck in here. The headlights picked out the white trunks of spruce trees, spot-lighting the leaves that seconds later receded into blackness, as if this were merely a stage set.

Beside him, the woman moaned again then whimpered, her hand moving to her face where he had struck her. Blood trickled darkly down one corner of her mouth and her eyes fluttered open. He knew the instant she sensed him there beside her, like the bogeyman in a nightmare.

Except she was awake now. When she turned to look at him he felt her stiffen, could see in her eyes that she knew she was in big trouble. He almost felt sorry for her. Almost.

"Who are you?" she croaked, more blood leaking from the corner of her mouth, eyes wet with tears.

"What does it matter?"

His fury was like lava from a volcano and his hand shot out, the back of it shutting off her words in mid-sentence. "Shut up, whore."

She was crying hard now, heavy, hiccupy sobs, helpless, terrified. But her tears meant nothing to him. She was right to be afraid. He slid the knife from its sheath that hung on his belt and let her see it.

"Oh, God, no please…" She was choking on her tears, wriggling away from him, trapped, like a butterfly on the head of a pin. He smiled when she reached for the door handle on her side, and then drove the knife into her upper arm. She screamed and he wound his fingers into her hair. "Be quiet," he said, while she held her arm with her other hand and wept like a child.

As he had wept. As he wept still.

These both sound really good, and I have added both to my wish list for the new year. Hope you all enjoyed today's suspenseful post, and leave your e-mail address when you comment. hanks to Joan Hall Hovey for her visit today.