50 Shades of Fur by Missy Barkalot, as told to Belinda Stevens 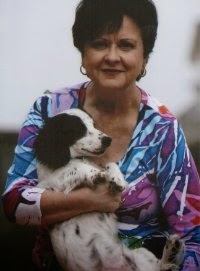 Belinda J. Stevens was born in Yazoo City, Mississippi, the gateway to the Mississippi Delta, in 1948. She grew up in the turbulent sixties, and has a true appreciation for the difficulties experienced Katherine in her first novel, "Just Out of Reach.” A radical departure from her first novel, her lastest effort is a fun parody, “50 Shades of Fur by Missy Barkalot, as told to Belinda Stevens.”

An attorney by profession, Belinda tells the story of young love and dark secrets in the world of the Doggie Bath. Canines, cats and even a skunk with a prestigious lineage converge for a bawdy “tale” that will keep you laughing.

Belinda is a graduate of Belhaven University and earned a Masters in Social Science and a Law Degree from Mississippi College. From 1987-1997 she served as Special Assistant to Mississippi Attorney General Mike Moore. She resides in Brandon, Mississippi with her dog Humprey B., and practices law in Yazoo City where she is a Public Defender.

You can order her book at http://www.amazon.com/s/ref=nb_sb_noss?url=search-alias%3Daps&field-keywords=50%20Shades%20of%20Fur%2C%20Belinda%20Stevens 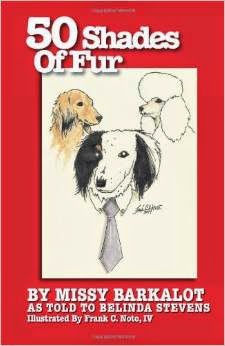 Blurb for 50 Shades of Fur by Missy Barkalot, as told to Belinda Stevens

A delightful, yet somewhat bawdy “tail” about Missy Barkalot, a petite rust-colored long-haired Dachshund and the apple of her eye, Humphrey B (aka “Hump”), and the other characters, both dogs and cats, who are frequent guests at Doggie Bath. Missy is pursued by Ralph the Bulldog, but she only has eyes for Hump, who was seduced by the glamorous toy poodle, CoCo. It turns out CoCo was a victim of her environment, as her owner had some kinky habits using a gray tie. Bondage with leashes, bite marks, jive-talking cats and cross-dressing Dobermans – not to mention a Doggie Blues band – keep the story rolling as Missy Barkalot uses her feminine wiles to woo Hump away from CoCo. DoggieBath has a little bit of everything – sexual intrigue, rock-n-roll and blues – canine style, and of course, a little weed. This fun romp through the world of Missy and Hump make a “furfect” read! If you love animals, you will love “50 Shades Of Fur.”

Excerpt from 50 Shades of Fur by Missy Barkalot, as told to Belinda Stevens

The next four months were perfect – or should I say furfect. We had matching His and Her sweaters, provided by our owners who thought our canine love was so cute! We couldn’t wait to get to Doggie Bath so we could spend as much time together as possible. We counted down the days on our paws until my owner or his mistress went on their annual trips so we could spend 24/7 together. Doggie bliss. We were definitely a canine couple to the chagrin of those furry tramps that still followed Hump around.

And then CoCo made her grand entrance. A toy poodle named after Coco Channel. That canine counldn’t design a decent dog collar if her over-priced self depended on it. Her reputation had preceded her – love the dogs and leave them type. It didn’t take her long to locate her next victim. She sashayed over to Humphrey, hiked her furry rump in his direction and gave that little tail she had a wag. He was immediately entranced. He stuck out his buff chest, pranced over to CoCo and gave her an introductory sniff. She sniffed back. It was weeks before Humphrey made his move but it was obvious that the interest had been there from first sniff. That cheating canine included CoCo in all our play groups. He even shared a doggie bone with her – something he had never done with any other dog but me.