Ever Fallen In Love? I Have -With Wendi Zwaduk (at least her books)

Once again, I am delighted to welcome Wendi Zwaduk here to the blog. She always has something fun to talk about, and this time it is her sense of humor on the front line. I often wonder where some people develop their unique sense of the absurd and funny, and Wendi is here to let us in on that side of her.

She is also here to talk about her latest release, Ever Fallen In Love. This is one I am really looking forward to reading, and remember, one lucky commenter will win a $10 GC to Amazon. But first, for newcomers, here's a bit about Wendi. 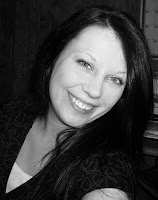 I always dreamed of writing the stories in my head. Tall, dark, and handsome heroes are my favorites, as long as he has an independent woman keeping him in line. I tend to write books with titles taken from songs because music is one of my many muses. I earned a BA in education at Kent State university and as well as a Masters in Education from Nova Southeastern University. I've tried my hand at teaching, waitressing, and retail sales, but writing holds my heart. I love NASCAR, romance, books in general, Ohio farmland, dirt racing, and my menagerie of animals. I have six books under contract and more than my brain can handle percolating. I can't wait to share them with you! http://www.wendizwaduk.com http://wendizwaduk.blogspot.com

I want to thank Nancy for having me back here. As soon as I found out I’d be at her blog, I squee-ed. I mean, I have always had a blast here. And so I’ve heard, you readers feel I have a wicked sense of humor. So I thought for my post for today, I’d write about the origins of my sense of humor.
To write, you must know a few fundamental things: how to string a sentence together with coherence, how to string the parts of a story together with coherence, how to use the words in their correct use, and how to laugh. Crazy, huh? You gotta laugh to write? Yes. Why? There are more than a few times when there’s little but the laughter to get you through. Revisions, edits, rejections. Yup. You gotta laugh.
So where did I come up with my sense of humor? My parents, music, and Hawkeye Pierce. Didn’t think I’d string those three together, now, did you?
When I was little, my parents encouraged me to watch stuff that was over my head. No really, the TV was up on a microwave stand so everything was above my head. Ok, that and I’m short. But I digress. Mom and Dad encouraged me to ask questions and to observe. Sounds sorta boring, eh? In some ways it was. I mean, I was the first kid in my kindergarten to recite a Billy Joel song, My Life as my favorite song. Mortified the teacher when I sand, quite proudly, the part about sleeping arrangements (they tell you you can’t sleep alone, can’t sleep with someone else...you still wake up with yourself – and yes, I paraphrased). I’m pretty sure Mrs. George wanted to crawl into a hole in the floor. Billy Joel, though cool as heck, isn’t really kindergarten listening material. But Mom played it and I listened/loved it. Still do. I found out later that the teacher thought it was funny that I knew all the words. So, I learned that when I knew stuff and could use it, it was funny.
That brings me once again to my parents. I can’t say that they listened to a wide variety of music. They didn’t. But, they were a class act at watching shows that had an intellectual and humorous bend. I was watching Night Court way before I really got the jokes. I realized though, that I could be crude when making a joke, yes, but sometimes the better joke was being smart about it... Ok, so this example isn’t the most intellectual, but it’s still funny, and again, I’m going to paraphrase because I haven’t see the episode lately. The courthouse gang is stuck in the morgue. They’re watching television and waiting to see who won the poll—for Dan, I think. Anyway, a person who's been in the morgue as a worker is watching with them. The TV goes on the blink and the man says, ‘Hey, it’s one of those ocular contusions.’ I thought, that is the smartest thing. He meant optical illusion, but man, I laughed and laughed. And yes, I still want a pair of slinky shoes.
I happened to be talking to a CP about this a few days ago, but another show I got tons of inspiration from was a British show. You see, Mom loved PBS. Loved it. So on rainy days, we watched PBS. Are You Being Served? is one of my all time favorite shows. The writers knew how to talk what they saw and write about it in a human way that was still funny. For example, the one character is a middle aged woman who has different colored hair in every episode—blue, green, purple, red/white/blue...she’s had them all. Her favorite saying is “And I am unanimous in that.” Even when she’s the only one involved. Crazy fun.
But one of the most hearty places I learned my sense of humor was M*A*S*H, Hawkeye Pierce to be exact. He knew how to take something totally inane and make it funny, like strolling nude because everyone was bored, or wearing a clown suit to post op because it made the patients’ day. I thought, hey, I so want to be like that. He makes people feel better and makes them laugh.
I won’t say I based my entire act on him, but yeah, there are certainly touches of Hawkeye in what I write. I think a line that comes from Ever Fallen in Love that illustrates my sense of humor most is this little bit:
Tucker sped down the two lane highway to a gravel road. Dust swirled in their wake as he peeled down the stony path. Pole lights towered over a dip in the landscape. Her breath wrenched from her throat as they came to a stop.
“The best place on earth to unwind and find yourself. Works for me every time.” Tucker stood and helped her off the bike. “Nice little rumble between your legs, too, wasn’t it?”
“You would think about sex right now.”
“Took the edge off, didn’t it?” Mischief and something hotter burned in his eyes.
“It did.”
Tucker’s quip is so reminiscent of Hawkeye, the little girl reciting Billy Joel and a slice of life like Are You Being Served? or Night Court. I can’t say it’s the coolest origin or the funniest but it is my own.
Now I ask you, where’d you learn your sense of humor? What do you think contributed to yours? I’m all ears.
And thanks again to Nancy for having me. It’s always a fun day when I get to visit with my pals.
I have to say, my slightly skewed sense of humor is something I inherited from my father. You always had to watch every word in front of him or you paid dearly later. Thanks for another terrific look into one of my favorite minds, Wendi.