Hello everyone. Today we are welcoming Mina Carter to My Odd Little World, and I hope y'all will enjoy her visit.  Before we get to the interview questions, could you give us a brief bio to get us started. 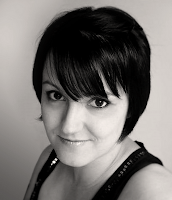 Mina Carter was born and raised in Middle Earth (otherwise known as the Midlands, England). After a slew of careers ranging from logistics to land-surveying she can now be found in the wilds of Leicestershire with her husband and young daughter…the true boss of the family.
Suffering the curse of eternal curiosity Mina never tires of learning new skills which has led to Aromatherapy, Corsetry, Chain-maille making, Welding, Canoeing, Shooting, and pole-dancing to name but a few. A veteran Star Trek RPGer, she’s run both games and groups of games but now finds her home in Bravo Fleet, one of the internet’s oldest Star Trek simm groups.
She juggles being a mum, working full time and writing, tossing another ball in the air with her cover artwork. For Mina, writing time is the wee hours of the morning before anyone wakes up and starts making demands, or any spare minute that can be begged, bought or conned.
Her first stories were penned at age 11, when she used a stationery set meant for Christmas thank you letters to write stories instead. More recently, she wrote for her own amusement and to save on outrageous monthly book bills. Now she’s totally addicted and needs her daily writing fix or heads roll!
The Writer

What is the best thing about being a writer? The worst?

The best thing has to be the sense of adventure generated from writing. I always get a sense of wonder almost when I start a new project. Where is it going to take me, what worlds am I going to explore? For me it’s very like starting to read a book where the author will take me on a ride into their imagination but a hundred times better because I get to make the rules.

The worst? Time, as in lack of it. I work full time so I have very specific times that I write. People think nothing of interrupting me with “I know you’re busy but you’re only writing”. I could quite happily commit murder at that point.

What is your method of breaking through writer’s block?

Lol, usually I walk away from it and either read or do something completely different until I can see what’s wrong.

Do you bring your own life experiences to your writing? Your own personality? If so how?

I’m always collecting experiences to add to and enrich my writing. If there’s a skill a character uses, I like to either have done that myself or questioned someone who has that skill (often to boredom and dribbling ;) ). There are always aspects of my own personality within my characters, even if it’s just one and the volume is turned way up. I feel I need to do that as a way of connecting with the character. It feels more ‘real’ that way.

What fuels you as an author to continue to write?

The stories in my head would drive me nuts otherwise.

If you could share one major writing tip, to help other writers in their quest for publication, what would it be?

If you could write in any other genre what would it be, and why?

High Fantasy. I grew up on a diet of the stuff and I still have a half finished fantasy novel stuffed in my closet somewhere.


Where can we find out more about you and your work?

And finally, have you got a sneak peek excerpt from your current work in progress you can share with my readers and me?

Sure J My current project is imaginatively entitled ‘Wolves’ (I’m terrible at titles). It’s a darker, full length paranormal. As the title suggests, it has werewolves as well as vampires and zombies.

The sneak peek is from partway through the story, with one of the secondary characters Lt Darcy Foster. It’s from the first draft, so you’ll have to excuse me for it being a little rough around the edges.


The sound of someone banging on the door at the top of the stairs froze the three of them in their tracks. Lillian gasped, her eyes wide in the light cast by the torch and her knuckles wide around it.


“Hey, there’s tracks down here. Someone’s opened this door,” The voice was faint but audible. The next thing they heard was gunfire.


Adrenalin hit Darce’s system at Mach one, pumping him full of energy and waking the rarely slumbering beast inside. Before either of them could argue, he bundled Lillian into Jack’s arms and pushed them both toward the tunnel door.


Jacks eyes mirrored his dilemma. The need to protect the tiny woman in his arms warred with his duty. The fact he didn’t like leaving one of his men behind was obvious but Darce knew that anyway.


Whenever they went on mission, the Captain was always the first in and the last out. He took the kind of damage most of them could only dream of and still came out kicking ass. Darce had no idea how he did it.


“Totally. Now get out of here before I kick your ass and take your woman.”


Jack snorted, amusement flooding his features as he stepped back to allow Lillian to enter the tunnel ahead of him. “When you’re big enough. Catch you on the flip-side, man. Remember,” he tapped his temple. “Thinking human.”


Darce grinned as Jack ducked into the tunnel and out of sight. The grin widened as he closed the door to and the room was plunged into darkness.


When you get a chance to read, what books do you love to read?

Anything and everything apart from horror. If it stays still long enough, I’ll read it.

What bores you as a reader?

Stupid or cruel characters. Also, if they do something completely out of character, I tend to close the book and not bother continuing.

What do you think is romantic? What does the word Romance mean to you?

Anything can be romantic if someone has taken the time to get to know their partner. Romance to me personally means the little things, like remembering to put the toilet seat down and taking the rubbish out (sorry, I’ve been married WAY too long). Romance in my writing? Totally different matter. My heroes have to be so into the heroine that nothing else matters, that all their energy and thoughts are dedicated to making their woman happy.

Who would you go out on a date with if you could?

My husband. Yeah, I’m soft like that. If we’re talking complete fantasy then I have a list …;)

You’re having a dinner party, what five people would you invite?

Hmmm, interesting question. My closest friends are located all over the world. I’d get them together and we’d have a ball :D

Aliens have landed on the planet. What are the three things you would tell them that are great about this planet?

Cheesecake. Wait, there’s something better than cheesecake? Lol. Humanity’s capacity to love, to imagine and to create a new reality.

If you could create your own drink what would go in it and what would you call it?

Caffeine and chocolate. I’d call it the ‘writers answer to deadlines’.

If your life were turned into a cartoon, what cartoon character would you want playing you?

Oh my, now I can’t think of any cartoon characters. Does Toothless from ‘How to train your Dragon’ count?

Books. And cheesecake. My pirate name would have to be Captain Raven Black

Whatever else he was, she had to admit he had guts. She wouldn’t want to be shut up in a room with an angry Kyn either. Whilst his pixie heritage might have protected him from being turned into a vampire, it did buggar all to protect him from being dead.

The only vampire warrioress in existence Vixen has spent most of her life proving herself in a man’s world, but she’s never been able to squash some very feminine thoughts where fellow warrior Kalen is concerned. Kalen however, has sworn off love, preffering to deal in lust instead.

But a passionate encounter blows their carefully constructed indifference to each other and when Vixen is kidnapped will they be prepared to make the ultimate sacrifice to give their love a chance?


She turned her head as her sensitive ears picked up a sound from the other room. A frown creased her brow as she snapped the shower off and listened.
Nothing.
“Hello?” she called out just in case, wondering if one of the guys had wandered in by mistake. Although there was only one of her, Marak had made sure she had her own showers and changing rooms. Didn’t need the rookies falling over their own tongues the first time they had to take a shower he’d said. Early on with each batch of rookies the older warriors always dared them to try to sneak a look at Vixen in the showers. A bizarre initiation ritual, it tended to die down after she bounced the first few off the walls.
She stood for a few seconds, ears still perked for any sound from the changing room, until the air on her wet skin made her shiver.
“You’re going nuts, Vixen.”
She stepped from the stall and reached for the towels. Wrapping the larger one around her body, she blotted the water from her hair with the smaller one and headed back out into the changing room.
She got less than three steps. Hard hands closed on her even as she started to turn. In the next instant, she found herself pinned against the wall by a hard male body. The impact drove the breath from her lungs as a familiar scent filled her nostrils and sent her senses haywire.
“You seem to be going to some lengths to avoid me, blondie,” Kalen’s voice by her ear kicked her body into high awareness. “Any particular reason for that?”
Posted by Nancy G at 12:01 AM